HomeNewsOur apprentices are preparing for professional bakery and patisserie competitions

Our apprentices are preparing for professional bakery and patisserie competitions

Competition season is upon us for our bakery and patisserie students. Apprentices studying at the EBP have been preparing intensively for several weeks with one-on-one support from our teachers. 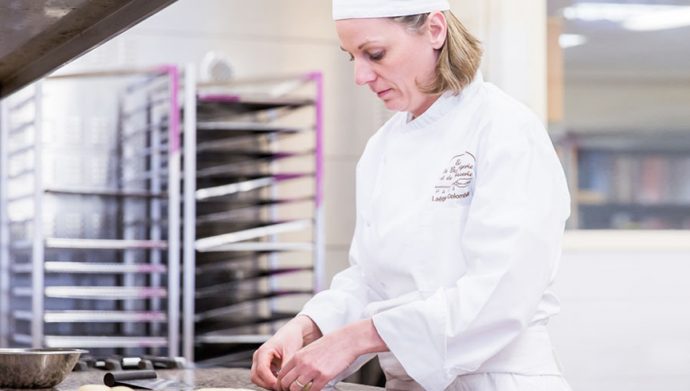 A few days ago, on the School’s Facebook and Instagram pages, we announced the first and second places obtained by Matthieu Morvant and Hugo Cazaux respectively at the best young bakery competition for Ile-de-France.  Following this competition, Matthieu, an apprentice studying a bakery BP (professional diploma) at the School, qualified for the national final, which will be held in Aurillac on 21 and 22 November. First year BP student, Alexandre Rebolo, came first in the Best Apprentice Baker Competition for Paris and second at regional level.

Other students will also be flying the School’s colours in the coming days and weeks. They include:

These competitions are a real springboard for our students, who get the opportunity to put their skills to the test and measure themselves against to other candidates, and above all, to raise their profile among bakery professionals.

Good luck to all our candidates – find out more/see their profiles by clicking here!

Share
Meet with Aurélie Ribay, former intern at Paris Bakery & Patisserie School Students from the prestigious University of Columbia in New York to follow a course at the school!